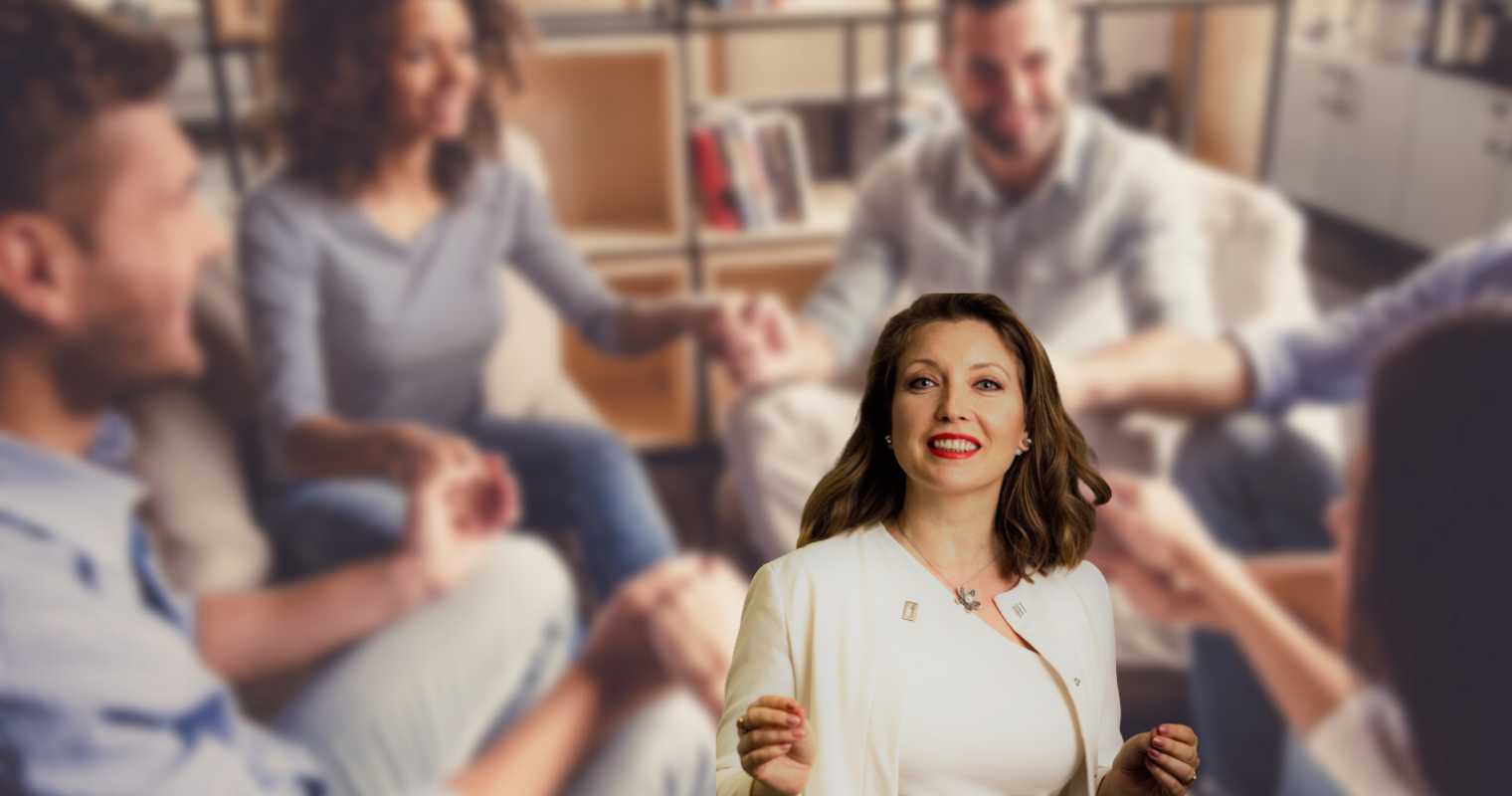 Manifest and Heal with the Silva Method – How good and how true is it? Silva Method Mind and Situation Programming

Manifest and Heal with the Silva Method – How good and how true is it? Silva Method Mind and Situation Programming.

By far and by wide, the most impressive, effective and speedy manifestation tool that I have ever used is the collective manifestation with the Silva method – otherwise known as Silva Method Masterminds. Let me tell you about it all…

When I was 25 I started educating myself in the Silva method of mind control. The method was recommended to me by my reiki master, who said it would help me get over my fears at night. I had been suffering from nightmares that caused insomnia for the most part of my life until then. My nightly fears were so bad that I would often lay in my bed, paralysed from fear and wouldn‘t even dear to go to the toilet until sunrise.

You can imagine I was extra motivated to learn the Silva method and save myself from this nightly torture. I followed the method diligently – for three months I would spend 15 minutes in the morning and 15 in the evening to programme myself to enter alpha level fast.

The Silva method uses the alpha level of brainwave activity as the basic level of mind work. I call it ‚work‘, because the Silva method is used to shape your reality, to change situations to a desired outcome, to mould the very matrix of reality, to work with Consciousness itself – to connect to God. It is not a process to be used for simple relaxation and meditation.

Let me backtrack a bit and tell you the story of how the Silva method came about.

Jose Silva, the founder of the Silva method was born on August, 11th., 1914 in Laredo, Texas. Jose came from a humble background and was a very curious and ambitious young man. In his early 20’s he started a job in a barber’s shop. The owner of the shop wanted to get a certificate for radio repairs on his name but did not want, nor had the time to attend the course himself. So, he sent Mr. Silva to the course to obtain the valuable certificate (with the barber’s name on it).

At that time, the radio repair’s business was booming as the radio technology had just been introduced. Jose took the course, learned the trait and not knowingly put the first stone in the foundation of the Silva method. His radio business grew tremendously and allowed him to focus on his research. For 29 years Jose Silva researched, tested and perfected his systems until he finally started teaching them in 1966.

So, what was his motivation for creating the Silva method? His daughter allegedly had learning difficulties at school. Jose was trying to help her himself using methods, developed by the big names in hypnotherapy at the time– Freud, Pavlov and Schultz.

Research at the beginning of the 20th century knew that the brain operated using electrical currents. From his radio repairs work, Silva also knew that the most effective electrical chain is the one with the least resistance.

These realizations were the initial ingredients of the Silva method: Jose started applying hypnotherapy methods on his daugher Laura. He also made sure she was in the right brainwave state that would ensure the most effective flow of the electrical current in her brain. Specifically, this was the state where her right and her left hemisphere of the brain would both function and interact with each other. When we are awake, the brain mostly operates in beta (14-21 cycles a second), which makes the left, logical side of the brain active, and the right – less active. When we sleep, it is the other way around – the left side of the brain is switched off, and we are immersed in the realm of imagination, intuition and spacial orientation – the right hemisphere of the brain.

Joe Silva measured different levels of relaxation and the effect of hypnotherapy these had on Laura Silva. Soon after his initial discoveries, his daughter improved tremendously at school, and is now the president of Silva International, teaching Silva method processes for more than 30 years.

He discovered that the most effective brainwave state is the one where the brain operates between 7 and 14 cycles a second. This is alpha: the state we are naturally in right after we wake up, or right before we go to sleep – we are still able to logically think and we are also easily day-dreaming and imagining, shifting in and out of sleep.

The research for the development of the Silva method only began with his daugher.

In the following years, the method was rolled out across the US in more than 5 000 schools and was even taught in the military. The results were way too good – juvenile delinquency evaporated, self-confidence skyrocketed, school grades drastically improved, depression vanished.

Why was the Silva method taken down from the US educational system? – Well, maybe because it was just too good. So good that it threatened the essence of some societal organizational structures.

Among the most famous quotes of Jose are:

„The purpose of our lives is to improve the conditions on Earth through the talents given to us.“

„Just remember that the reason we are given psychic abilities is to discover what we have come to do on Earth and how to execute it successfully.“

The Silva method allows us to consciously access and engage our Subconsciousness and when we use it to programme our dreams – to even influence our Unconscious mind.

When I first started practicing I did not realize the depth and scope of this method. I used it first to heal my ever-then-lasting gastritis and, most importantly, to completely eliminate my night fears and start sleeping again. For me this was huge..

However, I only realized the might of the Silva method, when I started teaching it and further enhancing it to what I call know the Healnlearn Method.

Through Collective thinking in alpha, in Silva method Masterminds, the participants in my group achieved situation programming that borders miracles. Some people got jobs literally after the first and second sessions, some women found men, found Love. Others managed to manifest the homes of their dreams.

The process works impeccably as long as all rules of working with Consciousness are respected. These rules are not privvy to the Silva method – they are natural human rules – ethics we are born with and naturally carry with us, unless negatively programmed otherwise.

Here are the programming rules Jose Silva has come up with:

„We don‘t get rewarded with what we get but by what we give.“

With the Healnlearn method I have discovered additional principles that further speed up the manifestation and healing. I put of lot of focus on the goal discovery that has to be in line with the soul path – only then does the manifestation work with a long-run positive effect. The other major manifestation block are the emotions – we use them both for goal discovery and manifestation. While the Silva method focuses on using imagination and senses alone, the Healnlearn Masterminds actively engage the wellmeaning emotional intent of all people in the group. And this is what makes it work!

If you care to read some of the testimonials about my course, you may find some hard to believe and even miraculous stories.

Among the recently reported outcomes of my group Silva method Masterclasses are twohouse purchases and an easily executed move to a different country.

One lady shared she had gotten the home her family was looking for after house-hunting for two years. She shared with the group she had had a prophetic dream about choosing paints for her home before she and her husband viewed the property.

Another lady, after attending my class and practicing the Silva method on her own managed to buy the apartment she dreamt of in San Francisco. In her own words buying any partment in San Francisco is an endeavour of its own considering the prices and the scarcity of property there. ‚People look for years before they could buy something‘ . Well, not her case – she bought the first ever apartment she viewed-  it was perfect for her and there no competing offers! How long did it take her to manifest that? I’m not entirely sure but she told me the story about half a year after finishing my course.

The third ‚place of living‘ story came in my mailbox in September 2021 from a lady, who wanted to move with her entire family from the UK to Portugal. This had meant a complete change for her entire family – husband and two children. Everything had to fit – jobwise, schoolwise and property-wise.  Did it all fit? It seems so, as they are already living in sunny Portugal.

When it comes to programming future events with the Silva method, I often get the question „How detailed does the image of my programmed situation need to be?“

And my answer is „As detailed as you like it. If it keeps you in a pleasant, joyful and excited state, while you are working with the Silva method – then make it detailed. If the details only cause you confusion – stick to happy end-result images. In the above example of the lady’s move to Portugal – she didn’t need to know the city, where she would be moving, nor the future employer of her husband. All she needed to see and feel was her happy family in Portugal. The rest aligned in the best possible way to meet this final goal. The possibilities of working with the Silva method are practically unrestricted.

Join my next course on the Healnlearn Method, or check out my webinar: Clear Karma Blocks.

What is the Silva Method?

The method is a self-help hypnotherapy meditation program developed by Jose Silva. It increases brain abilities through relaxation.

Where is it used?

The Silva method was used in more than 5000 schools. The results were way too good so the school grades drastically improved and the depression vanished.

Where does it come from?